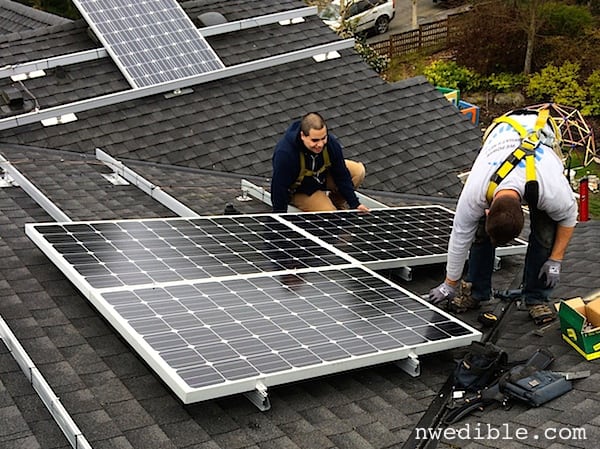 We just passed the one year anniversary of our solar power system going live. How do things look after a full year? Pretty good.

First some numbers, then let’s talk about how we got there.

When A&R Solar installed our system, they estimated it would produce 5,200 kWh of electricity per year. Based on past usage, that should have offset 39 percent of our consumption.

When we went forward with the installation, we also set ourselves the goal of reducing our ridiculous electrical use as much as possible, hoping that we could even live entirely within what we produced.

Overall, we did okay. Over a full year, we ended up producing enough electricity to offset 74 percent of our consumption, about twice what was forecast. Some of that came from cutting our consumption and some from our system producing better than 25 percent more electricity than estimated.