While considered part of the Portland metro area, Tigard sets itself apart from the city of roses. However, the two cities share a commonality in that they both partner with the Energy Trust of Oregon to save energy and save money for Tigard residents, business owners, and developers who want to install solar and energy storage.

Solar rebates provided by ETO have helped many Tigard homeowners go solar. But that’s just one of many solar incentives that Oregon homeowners can take advantage of to reduce the cost of installing solar.

Is solar worth it in Tigard?

With a relatively cloudy, grey climate, a common misconception about Tigard solar installation is that they don’t work. Too many clouds means not enough sun, and not enough solar energy.

It may come as a surprise that solar panels operate more efficiently in cooler weather—a fact that makes Tigard solar installation worth the investment in the long term. Thanks to long summer days in the Pacific Northwest, solar panel production often exceeds a household’s energy usage. That means solar panels can eliminate your electricity bill altogether.

With an investment in a solar energy system, homeowners can reduce their carbon footprint and save significantly on their electric bills, often tens of thousands of dollars over the warrantied lifetime of their system. Solar homeowners also take advantage of nearly free energy for their panels’ lifespan, which is anywhere between 25 – 35 years. So yes; it is worth it to install solar panels in Tigard! What is the cost of solar panel installation in Tigard

The cost of solar panel installation in Tigard depends on factors that are unique to each homeowner. Designing a system that meets your energy needs and your budget requires asking a few questions. Why are you interested in installing solar? Do you want to eliminate your electricity bill, save money, reduce your carbon footprint, or maybe increase the value of your home?

When considering if installing solar in Tigard is right for you, it helps to hear from homeowners who’ve already installed solar on their homes. Here’s what some of our customers have to say… 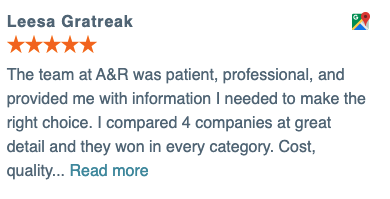 If you’d like to speak with a homeowner directly, please feel free to ask for references. We are happy to connect you with one of our customers in the Tigard area!

Why choose A&R Solar as your local Tigard solar company

Besides being a Certified B Corporation, we’re also a Social Purpose Corporation. What does that mean? It’s a unique responsibility that emphasizes the commitment to putting the good of people and the environment ahead of short-term profits for shareholders. It means adhering to practices that minimize the ethical and environmental impacts of our day-to-day operations, while also maximizing our social impact within our business and our industry.

When choosing A&R Solar to install solar panels on your home, you’re choosing a Portland solar installation company that invests richly in their employees, communities, and the industry which we serve. 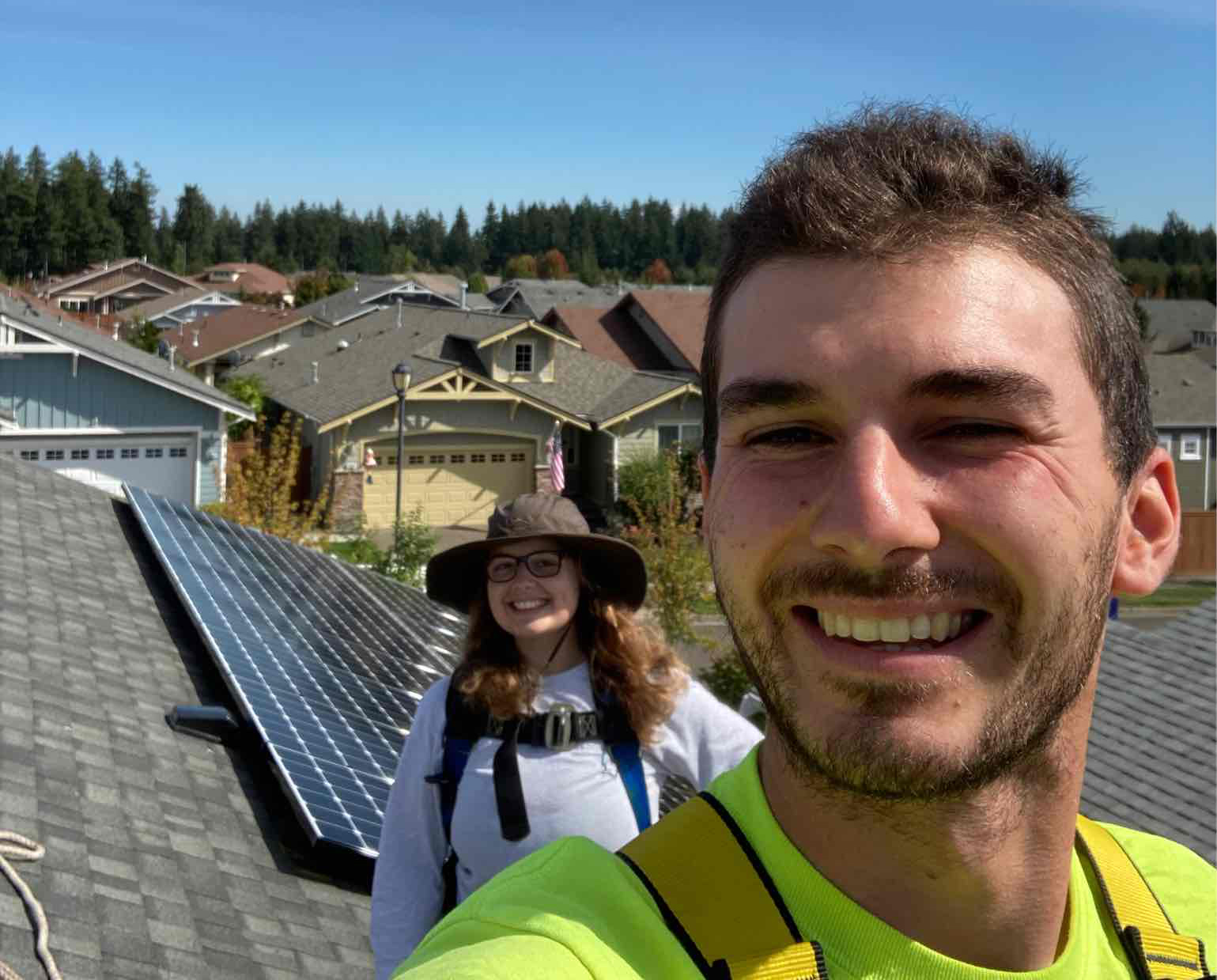 You will receive our “Perfect 10 Guarantee.” A&R provides 10-year warranties on your residential system’s performance, workmanship, and labor. This is on top of manufacturers’ warranties, which are typically 25-30 years.

We’re one of the Northwest’s oldest and most trusted solar installers. A&R Solar is employee-owned and operated, and our executive team and staff live and work in our communities. With no company debt, we are here for the long haul.

Your system will be designed to take advantage of current financial incentives with an eye on the future to make sure that adding new technology (like battery storage) will be as seamless as possible.

Your solar array will have the highest quality modules, inverters, and racking materials that have been vetted by our Research & Development team, which is comprised of every department within our company.

Your team consists of highly-trained professionals who are our full-time employees (not subcontractors or working out of remote call centers). In fact, we have more NABCEP-certified employees than any company in the Northwest.

We never cut corners. We go above and beyond the competition to ensure the highest quality solar PV system installation. We take quality and your family’s safety seriously.

Researching different companies? Make sure to read up on solar scams and high-pressure sales tactics to protect yourself.

How much solar energy does a solar panel produce?

Each solar panel is rated to produce a maximum amount of power under certain temperature and lighting conditions. To determine how much energy a solar photovoltaic (or “PV”) system can generate, you need to know the quantity and rated output of the solar panels in the system. Home solar panels usually range from 350-400 watts in rated output.

Let’s say you have a solar panel (aka “PV module”) that is rated at 400 watts and you have 30 modules installed on your roof. You would have a 12,000 watt, or 12 kilowatt (kW) PV system. This would be the maximum amount of energy that your system could produce under optimal lighting and temperature conditions, and systems typically operate around 80% of their rated capacity.

The Northwest is unique because of our long, cool summer days and short, gray winters. Because of this, your system is going to produce roughly 60% of your annual production during the summer months. Working within your budget, we’ll create a system that will overproduce in the summer and then allow you to use those net metering credits during the winter months when your system isn’t producing as much energy. For homes with large enough roofs and/or low enough energy consumption, it’s possible to produce all the energy you need from the sun on an annual basis and achieve “net zero” status. 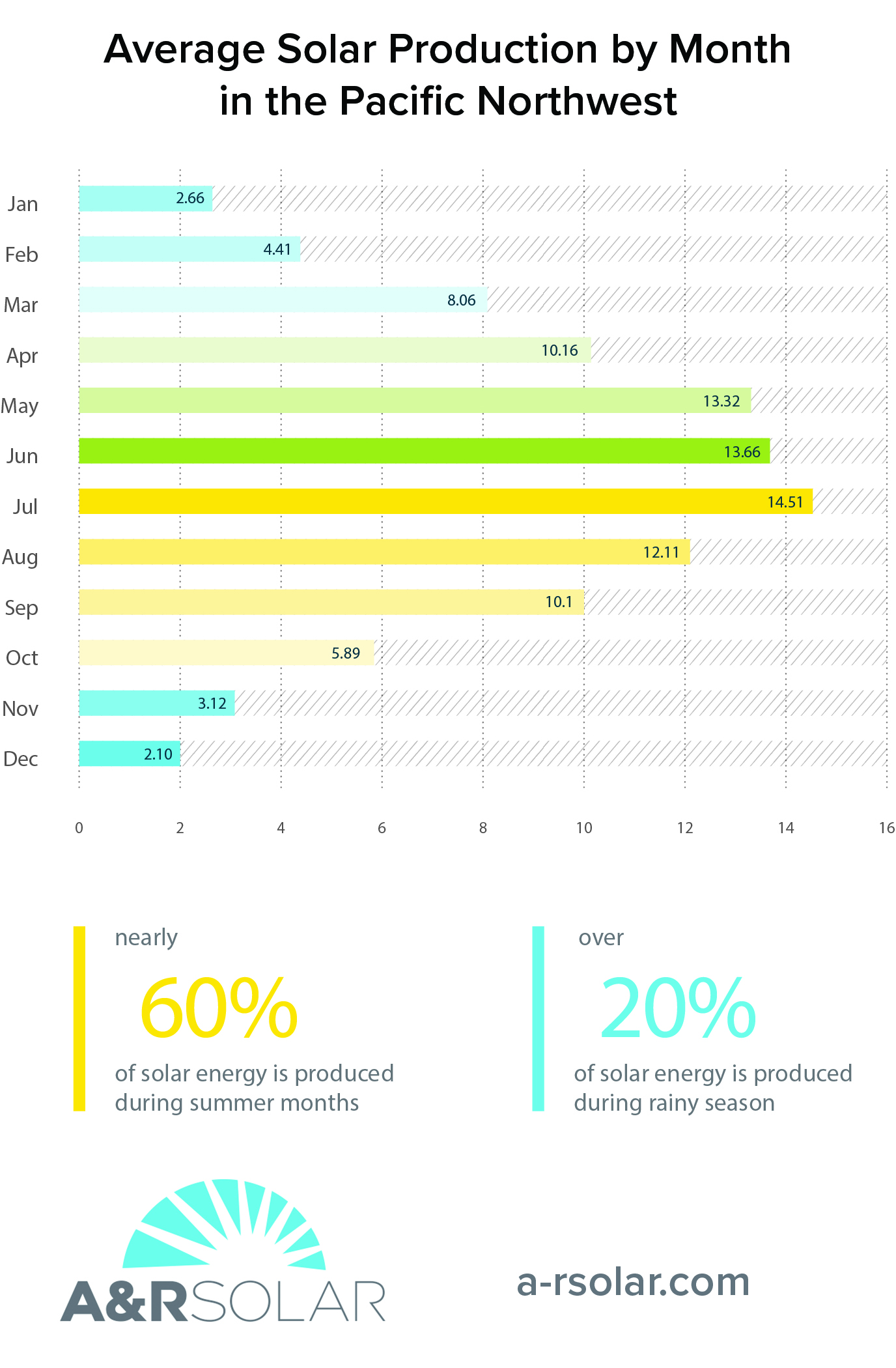 TAKE ADVANTAGE OF OUR FREE CONSULTATION SO WE CAN PROVIDE THE ANSWERS YOU NEED TO MAKE AN INFORMED DECISION.