Microinverter vs string vs optimizer: A solar inverter guide

A solar energy system converts the sun’s energy into electricity that can be used to power your home. Before that electricity can power appliances, Direct Current (DC) from your solar panels needs to be converted to Alternating Current (AC).

To achieve this, a solar energy system relies on a solar inverter, either a string inverter or microinverter.

Designing a system with the right inverter is important because one type might be more suitable than the other, given the size of your system, the layout of your roof, your financial budget, or the environment of your home.

So what are the differences between string inverters and microinverters?

What is a String Inverter?

A string inverter is a central inverter. It provides one central component that will convert DC power to AC power for a collection (or “strings”) of solar panels. This inverter type has been around the longest, so it’s time-tested, efficient, and easiest to maintain and install. 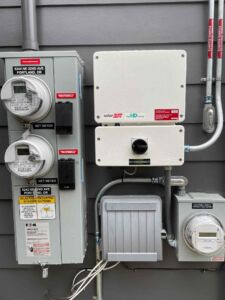 With a string inverter, solar panels are connected in series to a single inverter. Typically, a string inverter can accommodate multiple strings of panels. For instance, a system might be designed with 3 strings of 8 panels each, totaling 24 panels connected to one inverter. Each string is then “optimized” by the inverter to generate the maximum power output for that group of panels.

Determining how many panels or strings can be connected to one inverter is called “string sizing” and requires advanced knowledge of solar energy system design. In general, a larger string inverter can accommodate more strings and therefore more panels.

What is a Microinverter? 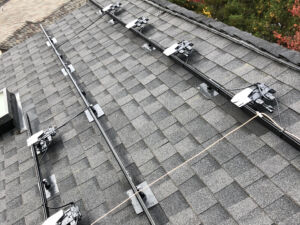 This can be particularly useful if the panels in a solar array are not all facing the same direction, or if some panels are shaded or covered with dirt or debris at times.

For instance, if one panel becomes shaded, this will only affect the performance of the shaded panel and not the entire system.

Unlike a single point of failure, if one microinverter fails, this won’t shut down your entire system; instead, the system will keep producing energy for your home.

What is a Solar Optimizer?

While not a stand-alone inverter, an optimizer is a device that is installed on each individual solar panel within a string inverter system. 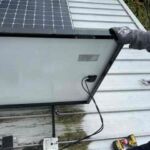 The DC power produced by the panel is then sent to a central inverter (string inverter), which converts it into usable AC power.

Like microinverters, power optimizers provide homeowners with more flexibility when installing a solar energy system on a marginally shaded roof, and/or when an array of panels has multiple orientations or tilt angles.

Cost: A string inverter reduces the cost of installing solar panels because typically a solar energy system will need one string inverter. Compare that to microinverters, which require one unit per solar panel. String inverters are also easier to install, decreasing installation costs.

Maintenance: If a string inverter fails, the process of diagnosing and fixing the issue is easier than fixing a microinverter because there’s only one point of failure, and rarely necessitates going on to the roof to remove solar panels.

Reduced efficiency due to shading: While a string inverter connects all panels to a single system, the effect of shading on one panel will actually decrease the efficiency of all other panels on the string. This results in less power even if just one panel is shaded.

Single point of failure: While this might be a benefit in terms of diagnosing an inverter problem, it does mean that if your string inverter fails, the entire system will fail as well.

Panel independence: Because each inverter can operate independently, microinverters are especially useful if multiple solar arrays will face different directions or be placed at different tilt angles. 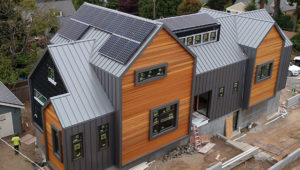 Increased reliability: Additionally, the failure of one inverter will not affect the performance of the entire PV system. This can increase the overall reliability of the system.

Rapid shutdown compliance: Because microinverters already operate on the panel level, they do not require additional rapid shutdown electronics.

Scalability: Microinverters can be easily scaled up or down to meet the needs of a particular solar energy system. This makes them a flexible choice for many different applications.

Cost: Due to the fact that there are more units, one for each panel, microinverters can be the more expensive option.

Access: Generally speaking, microinverters are located on the roof, so accessing and replacing these devices in the event of a failure is more difficult and costly.

Increased system flexibility: Optimizers can make it easier to add or remove panels from a photovoltaic system, as they tend to have a wider tolerance of electrical configurations and can operate across a wider range of operating voltages and amperages.

Enhanced system reliability: Optimizers can help to increase the reliability of a photovoltaic system by monitoring and optimizing the performance of each panel.

Cost: Much like the cost associated with installing a microinverter on each panel, an optimizer will result in higher installation costs.

Access: While each optimizer will be located on a roof, accessing the unit will be more time intensive than addressing an issue at a single point of failure.

How to wire a solar inverter