A&R has been installing solar on homes and businesses in Washington and Oregon since 2007. In that time, we’ve garnered a variety of awards that highlight not only our solar installation excellence but our commitment to providing a workplace where our employees can learn, grow, and share in the ownership of the business they work hard to develop. Here are some of those accomplishments.

Oregon Business names A&R Solar one of the best workplaces in Oregon. A&R Solar started in the Northwest with two guys who wanted to create a solar installation company focused on people and the planet. While A&R has grown to more than 100 employees across two states, we haven’t lost sight of our commitment. We work hard to maintain a safe, positive, and innovative work environment where employees are encouraged to learn, grow, and have fun – all while earning a good living. That’s why A&R Solar was named one of Oregon Business’ 100 Best Companies to Work for in Oregon.

Beyond bringing sustainable energy to more people in the Northwest, our mission extends to creating a workplace where all kinds of people can thrive! 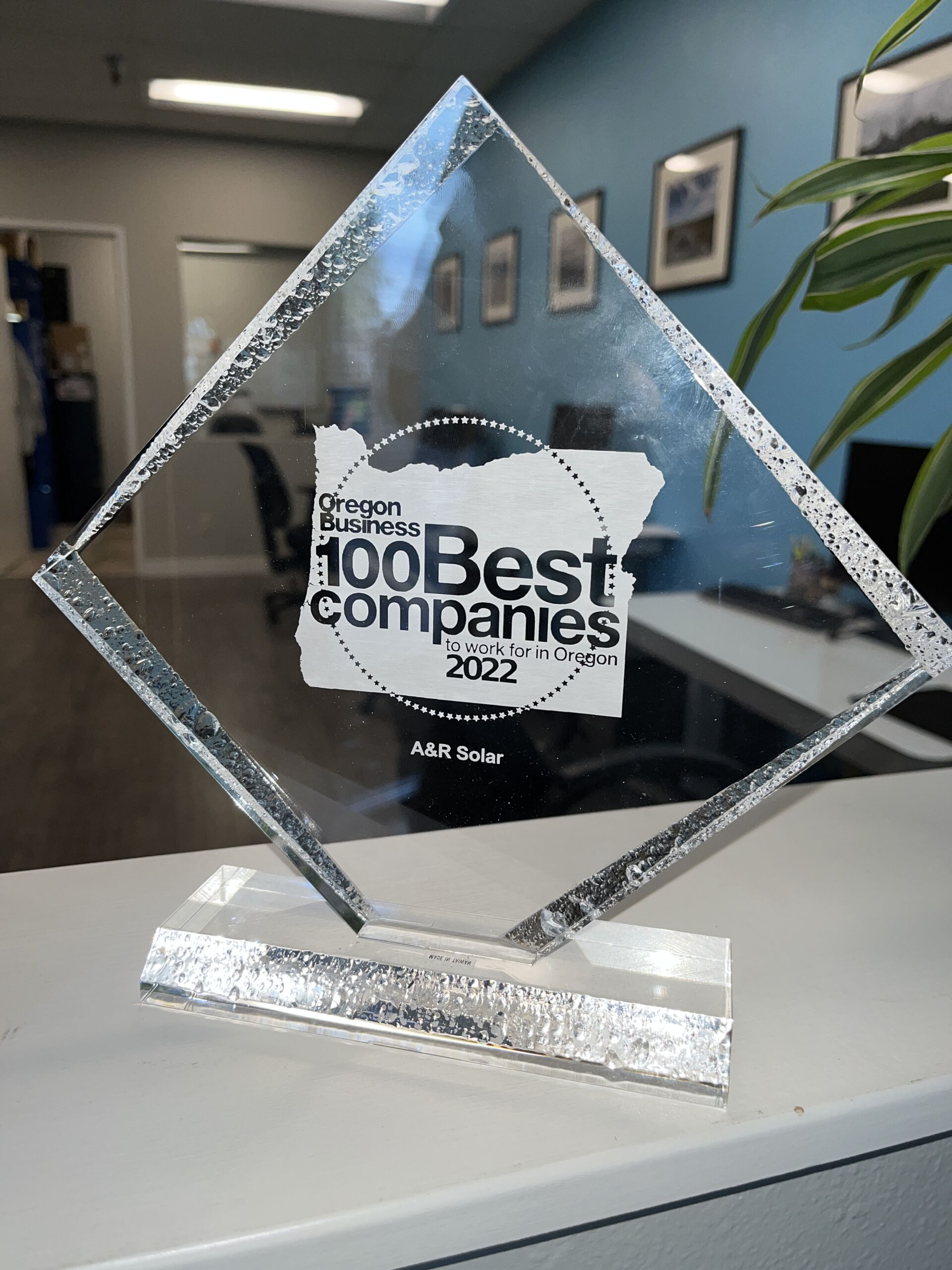 Since 2007, we’ve built a reputation on powering what’s next, which extends to empowering our team members’ personal growth. Besides investing in professional development opportunities, employees can expect a range of stipends and benefits. Here are some of our more popular perks:

Ready for a career in solar? We are always looking for great candidates in the Portland and Seattle metro areas. Check out our job openings! 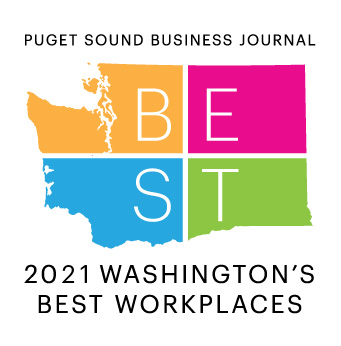 PSBJ surveys employees on different areas such as benefits and culture. Seventy percent of our eligible staff needed to respond for us to qualify.

We’re humbled that our employees honored us with this recognition, especially given the challenges of installing solar and during the pandemic when our office staff has been working remotely and our install crews have been following strict state and OSHA safety guidelines. Many of us haven’t seen each other since the pandemic began.

We’re proud to pay our employees a living wage and offer a slate of benefits. Beyond the standard benefits (medical, dental, 401k with match, paid time off), we’ve been able to add some unique perks, such as:

A&R Solar has once again been named one of the top solar companies in the Pacific Northwest.

In the annual rankings released by Solar Power World, A&R ranked #2 in Washington (#1 Residential only) and #4 in Oregon.

We are ranked #22 in rooftop contractors nationally. Not bad for a solar company battling perceptions that solar doesn’t work in the Northwest!

As a B Corporation, we placed planet and people right along with profit. Being the biggest isn’t our goal, but it’s fun to see where we fall in comparison to others in our industry.

Businesses and organizations must be nominated to participate in the selection process. Employees answer anonymous survey questions about the work environment, benefits, and overall job satisfaction.

The top word that employees used to describe the work environment at A&R was “fun.” One hundred percent of employees answered that the senior leaders of the company value people as their most important resource.

Here are a couple of quotes from employees:

“The human element is always on top of my list of things a company should care about and promote to have a healthy positive workplace. A&R was created with the realization that the human element, along with one’s skills, knowledge, and ability is paramount to succeed. Great customers, great coworkers, and a great industry leader, A&R is a wonderful place to call home.”

“A&R Solar has shown me that companies still exist that put more value into the people of the company then the dollar that is made.”

The award was handed out at an event at T-Mobile Park. A&R has been a finalist for the award for several years.

The second place award is in the midsize business category. A&R currently has 67 employees in Washington and 16 in Oregon. The company was founded in 2007. 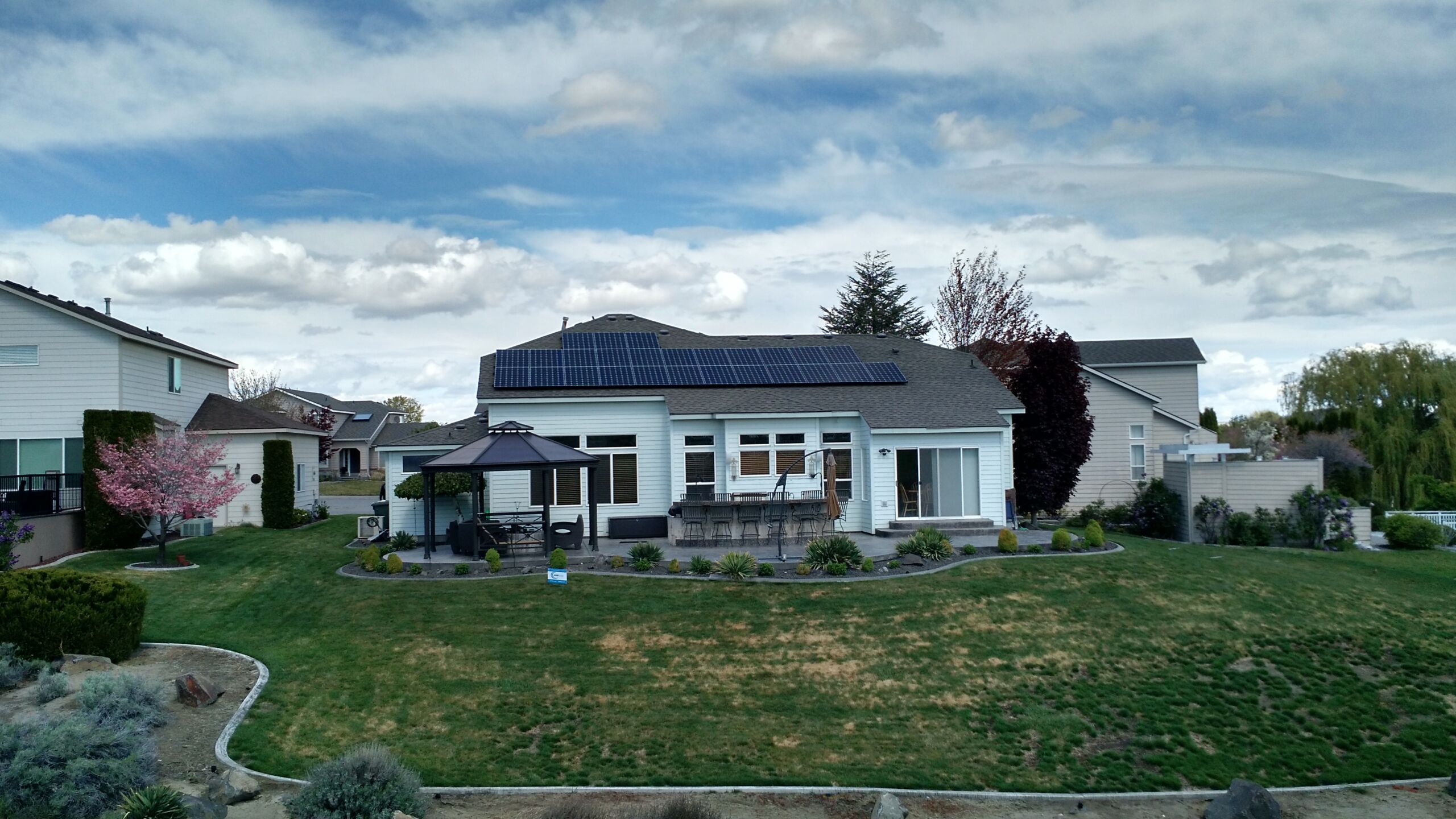 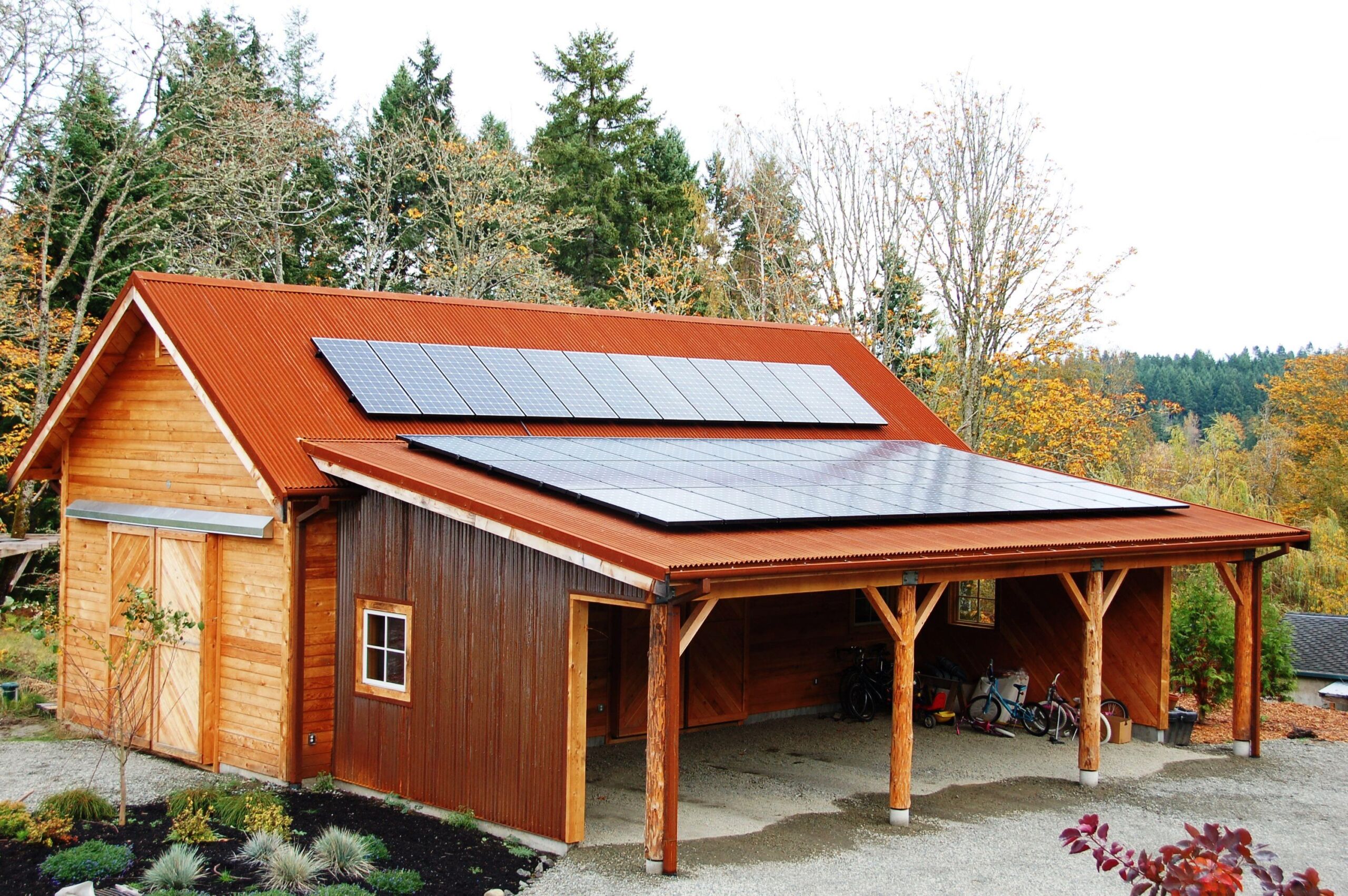 We’re really proud that Solar Power World, a leading industry publication, has named A&R Solar the top solar contractor in Washington. Wow. A 24-contractor advisory board verified the number of installations each contractor completed, along with the total number of megawatts. The committee also received feedback SolarReviews, which maintains a performance-based quality accreditation for solar installers. A&R ranked first out of 13 solar contractors in Washington and 242nd in the country.

Our company was named as a finalist for the newspaper’s 2015 Puget Sound Best Workplaces. Employees filled out an online survey, and our team scored us among the highest based on questions related to job satisfaction, relationships with their bosses, camaraderie with fellow employees, opportunity for advancement and more.

We are proud that our staff take pride in our company and the work we do. Every day is truly a team effort. Employee owned and operated, A&R Solar has been business since 2007 and is one of Washington’s fastest-growing companies. We strive to create a culture that values and respects diversity and inclusion in the traditional contractor field. We have grown the number of women and ethnic minorities in our company. We give each employee a yearly educational stipend to grow their careers and passions, while providing paternity & maternity leaves, 401k matching, generous vacation, employee ownership, and regular pizza and beer. We do construction a little differently around here.

The top workplaces will be announced during an awards ceremony at Safeco Field in August.

The awards celebrate the achievements of small businesses in several categories. The winners were selected by a panel of judges from local jurisdictions and business organizations.

“This award really speaks to our core values of craftsmanship, passion, and making sure our employees have the resources to do their best work, regardless of position or level,” said CEO Reeves Clippard.

“We are proud of our achievement in providing such a high level of service to Angie’s List customers.”  said Reeves Clippard co-founder of A&R Solar.

“Only about 5 percent of the companies A&R Solar competes with in Seattle are able to earn our Super Service Award,” said Angie’s List Founder Angie Hicks. “It’s a mark of consistently great customer service.”

Angie’s List Super Service Award 2013 winners have met strict eligibility requirements, which include an “A” rating in overall grade, recent grade, and review period grade; the company must be in good standing with Angie’s List, have a fully complete profile, pass a background check and abide by Angie’s List operational guidelines.

Service company ratings are updated daily on Angie’s List. Companies are graded on an A through F scale in areas ranging from price to professionalism to punctuality. Members can find the 2013 Super Service Award logo next to company names in search results on AngiesList.com.